Can't wait to go camping! / I am SO happy that camping is over!

I have been looking forward to our annual 4th of July camping trip for months.  I couldn't wait to get there and just relax.  Turns out there is little to no relaxing while camping with 2 children.  I don't know why I keep forgetting that everything we do with 2 kids is really twice as hard as everything we used to do with just the 1.  We still had some good times though.  I just got a little lost a few times and had to remind myself that it's all fun and we are making good memories.  It's just hard to realize that when you're in the middle of the woods with no running water, no electricity and you have to use the outhouse across the way yet you're holding an infant who is hungry and her food is buried in 1 of 4 camping bins, but you can't remember which one; a 4-year old who is hungry so you have to start a fire to cook his food, but at the same time he also wants to go swimming in the lake, hunt for toads and play ball all at the same exact moment.  Ugh...  We all made it back in one piece and I have some great pictures that will slowly erase the memories of stress and exhaustion just in time for us to go camping again! 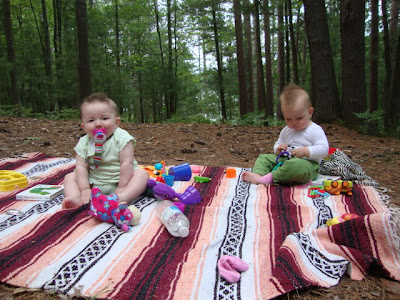 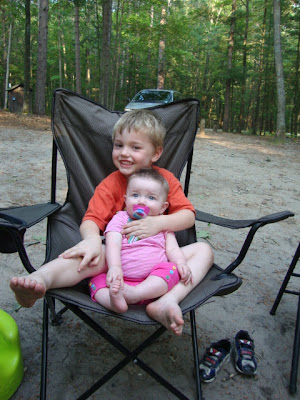 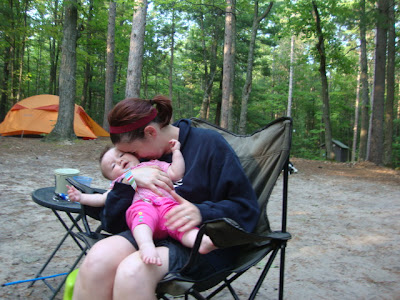 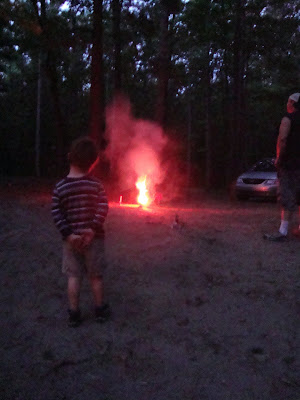 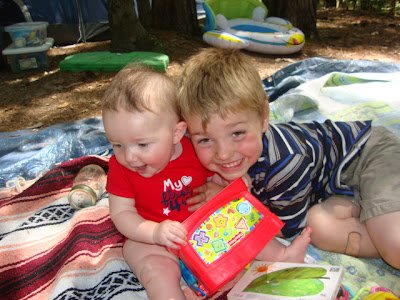 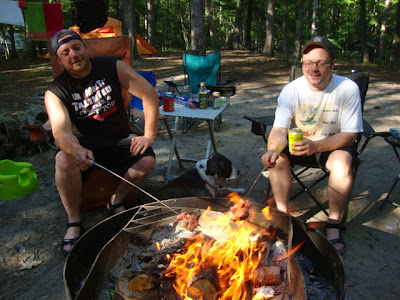 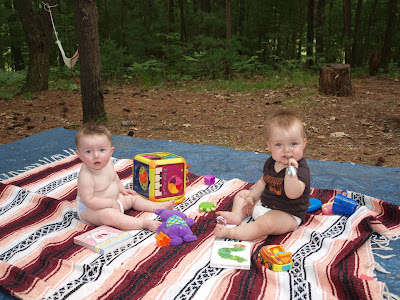 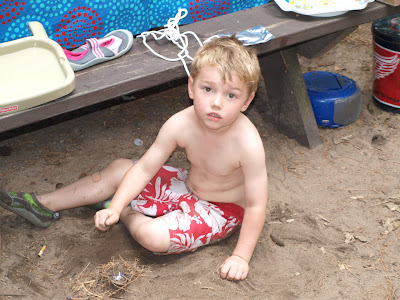 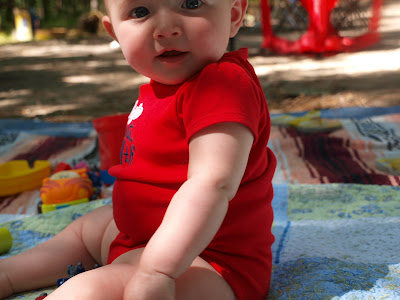 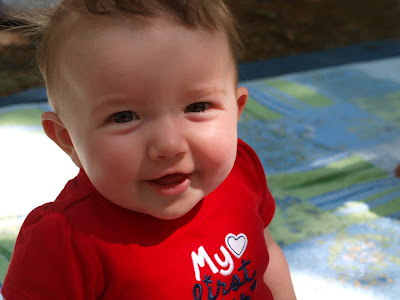 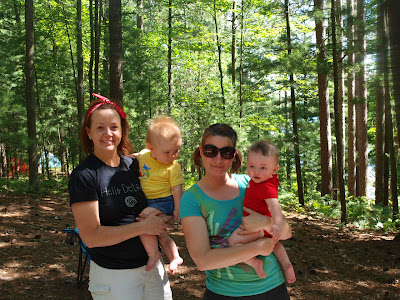 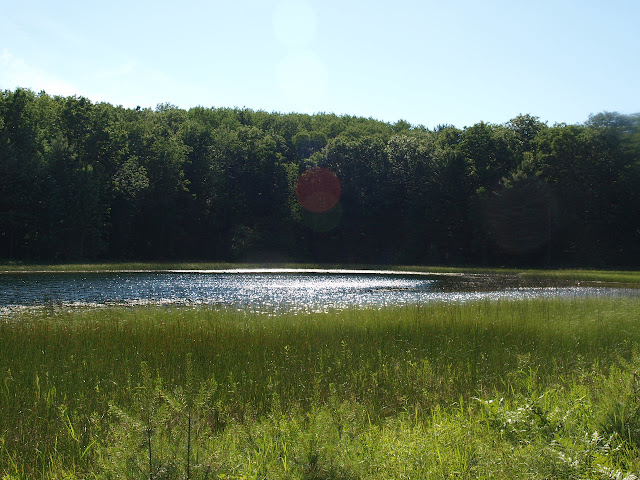 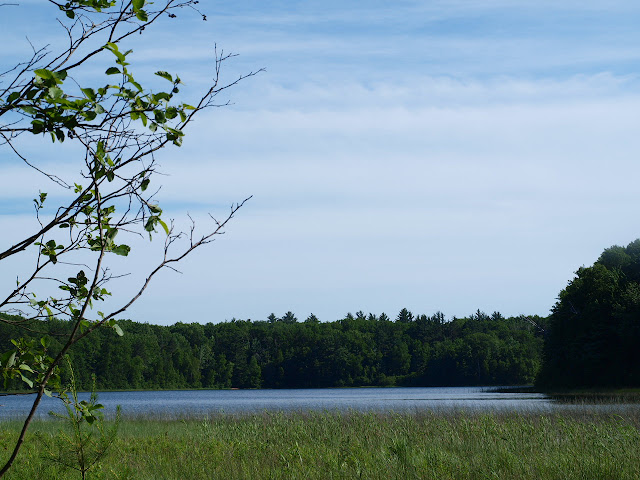 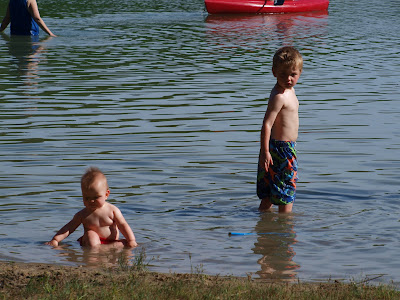 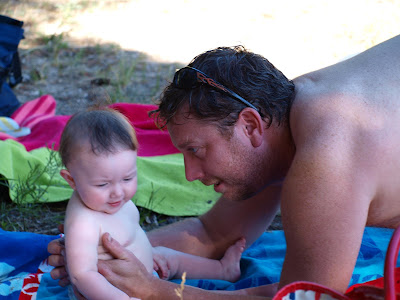 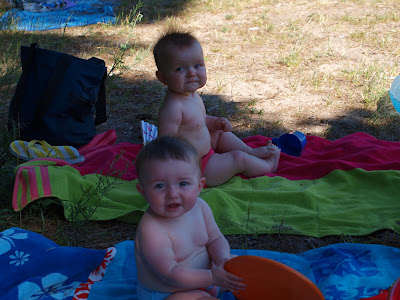 Posted by A Mom With Too Much Wine On Her Hands at 8:18 PM No comments:

Posted by A Mom With Too Much Wine On Her Hands at 9:34 PM No comments:

They're Satan's Spawn / They're Angels!

It's absolutely amazing how quickly I can go from:  "These kids are going to drive me to a very early grave."  to: "I am the luckiest person in all the world."  They keep me on my toes if nothing else!
Posted by A Mom With Too Much Wine On Her Hands at 9:07 PM No comments:

Wade has taken up a new hobby; digging for worms and other insects (are worms insects? I have so much to learn) in my front garden.  I'd prefer that the digging didn't take place in my garden in the front of the house; but, I'm trying to be supportive and I don't want to discourage is new found love of scientific discovery.  Besides that I have a brown thumb, my perennials are apparently not perennial, so he can have at it I suppose! It's actually kind of fun.  He has a couple of shovels that he uses and he gets so excited about the bugs that he finds (unless they're ants, he kills the ants).  He thinks they're "so cute" and shows me each and every one.  I have to hold them too.  He's really testing my mothering skills vs. my squeamishness.  I don't like touching worms.  Worms gross me out.  But, they used to gross him out too and I didn't want Wade to be scared of bugs, so I overcame my issues (on the surface at least) and I started holding worms and roley-poleys and beetles and other little creepy-crawleys that I would have ran screaming from in the past in an effort to show Wade that there was nothing to be scared of.  It worked!  Nearly everyday for the past week or so we have been outside digging for the little creatures, talking about them and making up stories about them.  It's quickly becoming one of my favorite things to do.  I don't like the digging and I don't like touching bugs, but I'm really enjoying Wade's curiosity, interest and mostly his great stories.

I think I'm going to buy him a bug kit and a book on bugs this week.  Fun!
My dear Adelaide is oblivious to the bugs, but she is sitting up on her own now.  She's also grabbing her pacifier and can put it in her mouth on her own (helpful little trick).  Her friend Claire was over on Saturday night and she had a blast with her.  Adelaide was shaking and screeching she was so excited.  It's so fun to watch those two together.  They're so interested in one another and very entertained by one another as well; touching faces and hands, stealing toys, poking eyeballs... good times!
Posted by A Mom With Too Much Wine On Her Hands at 8:22 PM No comments:

Choose Your Own Caption 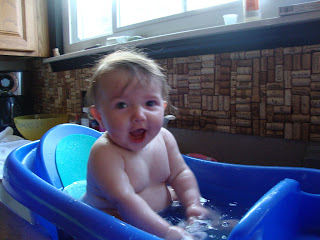 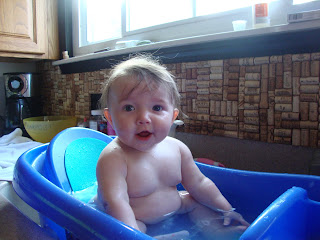 Posted by A Mom With Too Much Wine On Her Hands at 1:58 PM No comments:

Poo-Poo to Prose and Lip-smackin' good!

Turns out a Mom With Too Much Wine On Her Hands has turned into a Mom with absolutely no spare time on her hands.  Who knew two kids was actually twice as much work?  My posts have been non-existent because I'm honestly too damn tired.   So, I'm taking a page out of Super Claire's blog and keeping my posts short and sweet.  Honestly, the pictures and videos really speak for themselves anyway; right?

Here is Adelaide enjoying some lip-smackin' good peas!  The lip smacking is new today.  It was adorable.  The fact that she started doing it at the same time she first tried peas has me thinking that it's her way of saying "gross".  I mean really?  Peas?  Especially smashed up baby peas.  They can't be good.

Posted by A Mom With Too Much Wine On Her Hands at 6:24 PM No comments:

Mother's Day 2011 was a gorgeous day and I enjoyed every second of it!  I slept until I woke up naturally; no alarm, no crying baby and no whining 4-year old.  It was amazing...  That probably would have kept me happy for a pretty long time all on its own, but then we headed out to Kensington.  The weather was perfect.  We had a picnic, flew a kite, went fishing, played a little baseball and laid around in the shade; it was an All-American day. 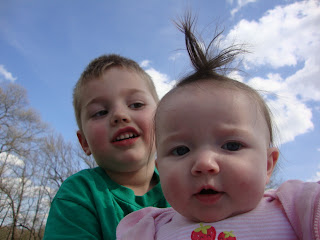 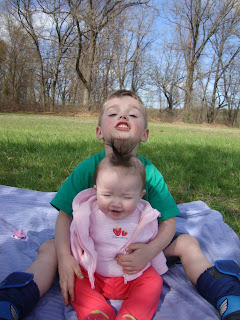 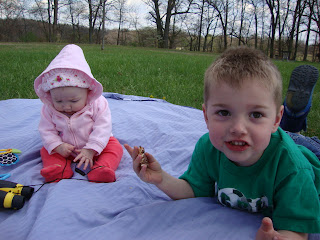 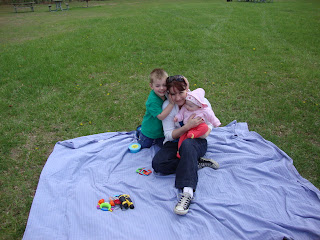 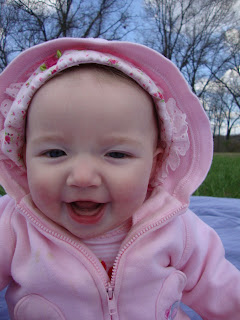 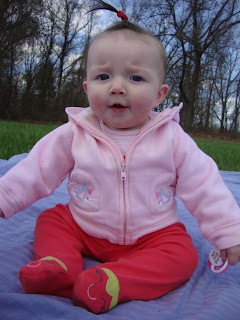 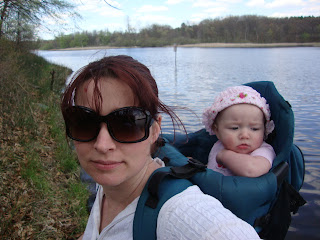 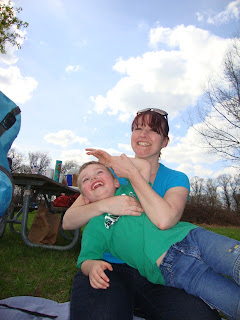 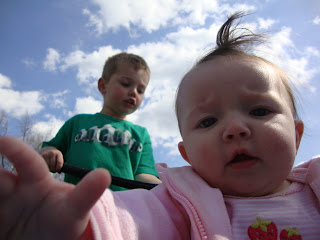 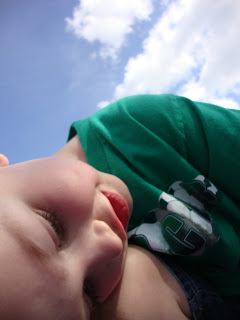 Milford may not be the country (anymore), but in honor of spending the day in the "country" compared to Ferndale:  "This Is How They Do Things In The Country" - Slim Cessna's Auto Club.
Posted by A Mom With Too Much Wine On Her Hands at 6:11 PM No comments: